Year in Year out, MTV’s Hottest MCs In The Game list, always sparks controversy and this year is no different.

This year’s MTV panel of discussion, were made up of people from the media, labels and even artists themselves.

Rapper, poet and host, Nick Cannon, alongside rapper, Joe Budden,  earlier revealed their 7 to 10 picks, while the finale aired last night on MTV2 .

Here is the complete list, do you guys agree? 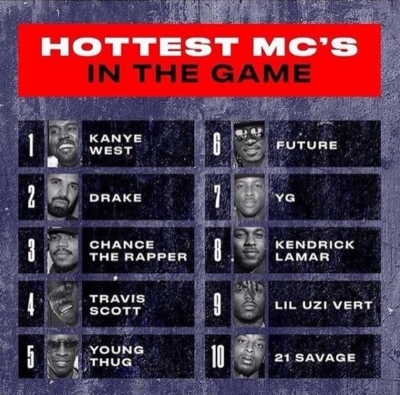 Wizkid Congratulates His Bestie, Tiwa Savage On Her Win