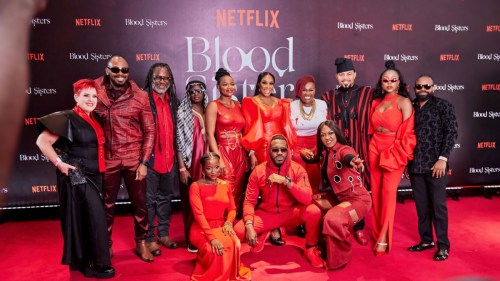 Ace actor, Deyemi Okanlawon, has opened up about how his role in Nigeria’s Netflix original series, Blood Sisters affected his mental state of health.

It would be recalled that Deyemi Okanlawon played the role of Kola Ademola, an abusive boyfriend who brutalized his victims and made drawings, while they stay still in pain.

On Sunday, Deyemi Okanlawon shared on Twitter that mastering his performance in the film was a mentally exhausting process.

He tweeted; Kola Ademola definitely affected me more than I care to admit and it took months to get to a semblance of normalcy. Strangely while I still firmly believe aggression should be met with justice, I now empathise with people who carry such demons.

As Deyemi Okanlawon I pray to continue to defend victims of discrimination and violence with my life.

However, as an ACTOR, my craft dictates in order to give the best performance I cannot judge a character’s life/actions but must become the character.

In order to embody a character, I have to temporarily suspend my personal beliefs to truly understand who they are and why they do what they do.