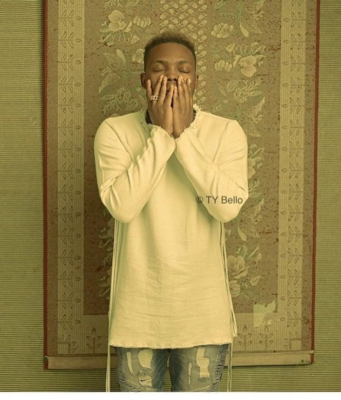 Adenike, who is a trained lawyer and a cancer survivor, took time out to pen an open letter to Olamide, making known her disappointment after attending his highly publicized concert.

“Dear Olamide, what HAPPENED? What!!!

I attended #Olic2 and without a doubt, it was by far my BEST event last year. I talked, and talked about it; everyone around me that didn’t go, knew they had to this year.

Imagine my excitement when I saw these pictures by TyBello, I knew #Olic3 was definitely going to be a hit. I needed to see ‘Olamide Live In Concert’ *coughs. In my life, not even at either Canaanland or Redemption Camp had I EVER been stuck in such traffic.

No clear plans on controlling humans (forget that we are peculiar here). The plan was go with Uber. There was a change, and a friend’s friend took @mayowaekpo and I. What should have taken maybe 30minutes max, turned to two years in traffic.

Nobody deemed it fit to tell us that no cars were going into Eko hotel; we were all just hoping; stuck in traffic. Having to walk so far, isn’t always my first option; for obvious reasons.

Then I got into the hall, Olamide, why?
I came in just as you were done with your first outing and I figured, he’ll be back. You came back ONCE, while I was there and you played CD. Olamide, CD??? I’m still too lost.

CD… Like, ALL that for ‘DJ, track 2’.
Wait first, collect your money from the sound people; BAD, BAD sound. Even Adekunle (God bless his heart) who did LIVE for us, they sha spoilt his sound.

I, Adenike Oyetunde came to see You Olamide, LIVE, (it was a complimentary ticket, FYI), and you hounded me with Comedy. HOW??? How does that even work?

Alibaba’s January 1st Concert is coming, I’ll get comedy there, WHY, did you succumb, Why? I thought you had it all figured out; but, awon aye sold this BAD idea to you.

By the way, were you at Asa’s show? If not, PLEASE, Watch the CD. That’s what LIVE IN CONCERT is on about. I was TOO disappointed and I can’t hide it.

Excellency is KEY. You had ONE year to plan. I honestly didn’t see ANY plan oh; at least, to me. Of course, I still danced, I screamed, I took videos; but, from last year; it could have been WAY better.

I will not comment on that uncle that was jumping arand with you!!! Give us what we ‘paid’ for Nigerian Artiste, PLEASE. People hustled to GET tickets.”