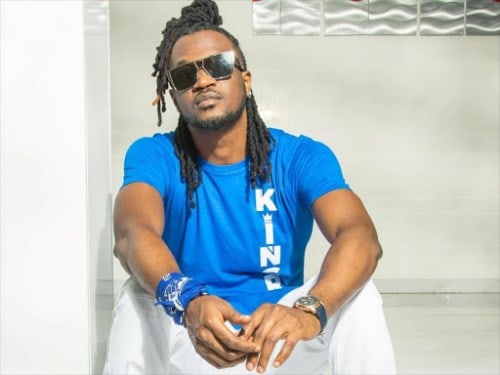 Rudeboy has sent a clear warning to Nigerian Comedians following the dirty slap Will Smith landed on Chris Rock’s face at the 2022 Oscars.

The TV presenter and Comedian made a nasty joke about Will Smith’s wife, Jada Pinkett’s hair. Close friends of the couple confirmed Jada is suffering from Alopecia areata (hair loss) and Chris Rock’s distasteful joke offended Will Smith.

Reacting to the news, Rudeboy took to his IG page to address Nigerian comedians. He advised them to be mindful of what they say to avoid being used as a Naija Version of the Oscars. According to him, Will Smith has shown people the way, and anyone who ‘talks nonsense will collect’. 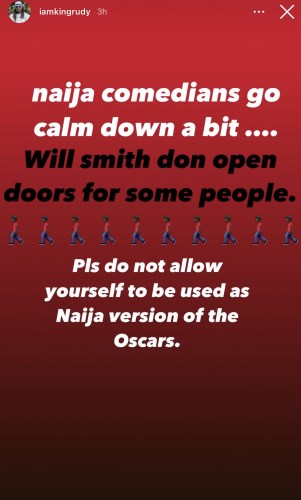 Wizkid Becomes The 10th ‘Most Awarded Male Artist’ In The World

Nigeria artist, Rudeboy sustained a gruesome injury after a P-Square performance in Libera. For those following the Okoye brothers, you...

Nigerian singer, Rudeboy has sent some tough questions to financially stable ladies. He begged ladies to help clear the confusion...

Nigerian singers, Rudeboy and Mayorkun have joined millions of Nigerians talking about the match between Nigerian and Tunisia yesterday. Nigerians...