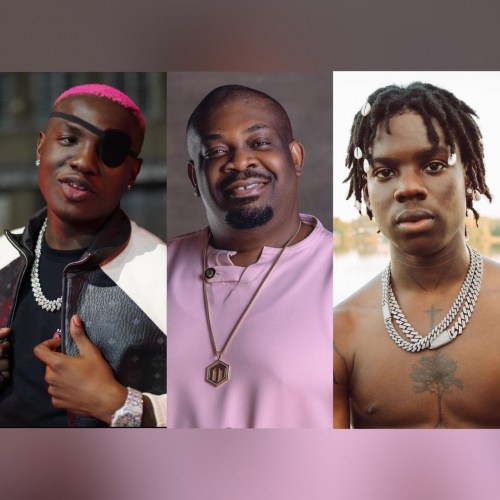 Ruger is tired of fans asking him why Don Jazzy did not feature him on the Forthcoming Mavin album.

You would recall that Don Jazzy and his stars announced that they will dropping their first album after 10 years on the 2nd of December. The album featured the likes of Ayra Starr, Johnny, Ayra Starr, Rema, Crayon and the newbies.

Fans threw questions at Ruger after they discovered Rema was featured on the album. Ruger hopped on Twitter to address the issue. He informed his fans and curious Netizens that he is signed to Jonzing World and not Mavin. Rema on the other hand is signed to both Mavin and Jonzing World.

Hey beautiful people, i am signed to JONZING WORLD ?? ??