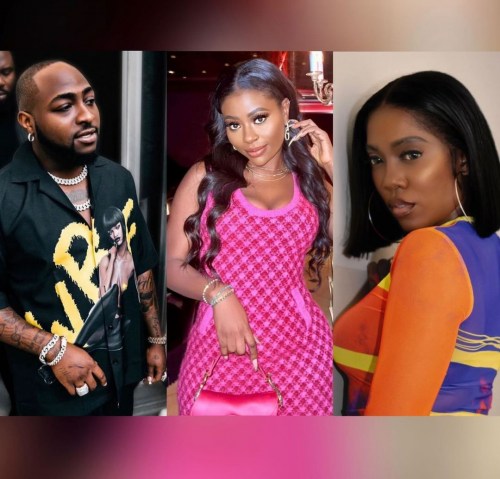 Diamonds are a girl’s best friend and Sophia has just proved this assertion to be true .

Davido’s first baby mama also confirmed that many will do anything to have the prettiest things in the world including being a celebrity puppy.

In a video via Sophia Page, the latter was seen hanging out with Tiwa Savage as they drove to an event. In the car Tiwa Savage was on a call placing an order for a Diamond collar for her dog who was also in the car with them.

Sophia who felt she was spending too much money on the pet decided to make a video for the world to see. She also listed out all the expensive things and privileges Tiwa Savage has given the dog and even joked about her becoming Tiwa’s puppy because of the Diamonds.

Tiwa Savage laughed as she got the joke but some Netizens didn’t get it and has started bashing Sophia for being desperate for money and befriending Tiwa for selfish reasons.