Skales Drops A Diss Track For His Wife, Calls Her ‘Devil’ || Listen!!! 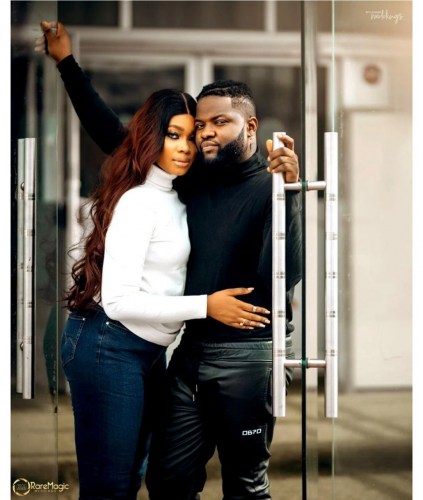 Nigerian artist, Skales was not playing when he said his marriage to his wife, Precious was over.

Recall that Skales and his wifey was trending after the former called out the latter for being heartless following the death of his mother.

He has also been leaving hints that he married a ‘heartless woman’, a woman he described as the devil. Skales took to Instagram to advise fans not to marry a wicked person because of the things he has seen in his marriage.

On the 2nd of November, Skales hopped on Instagram to preview a diss track he composed specially for his wife. In the track, he referred to as the devil once again, “Never thought I would he married to the devil…”.

Skales Posts Cryptic Message One Year After His Marriage

Skales Confirms Engagement To Longtime Rwandan Girlfriend, Says They Are Getting Married Soon