Tems Beats Wizkid’s Record, Becomes The 1st Nigerian To Debut At No.1 On Billboard 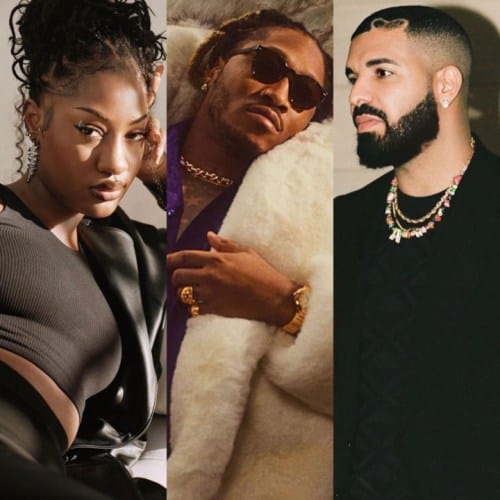 Essence Queen has made history with her feature on Future’s album, I Never Liked You. Tems is officially the First Nigerian and 1st Female Artist to debut at No.1 on the billboard’s Hot 100.

You would recall that Tems was called upon to hop on a song with Future and Drake ‘Wait For U‘ well that Jam scored Tems her first entry into Billboard’s No.1 spot.

The Damages singer has already taken to her Instagram account to celebrate this achievement. She reposted a picture of the billboard chart on her IG story.

Congratulatory posts have been making appearances on Twitter with many celebrating Tems’ achievement. As expected, Wizkid Fc had something to say about it. They claim Wizkid is the first Nigerian to debut on Billboard’s chart with his feature on Drake’s song ‘One Dance’.

This fact is not true because One Dance Debuted at No. 21 and later peaked to No.1. For Tems, Wait for You debuted at No.1.

Tems Ties Wizkid’s Billboard Hot 100 Record As “Free My Mind” Debut at No.90