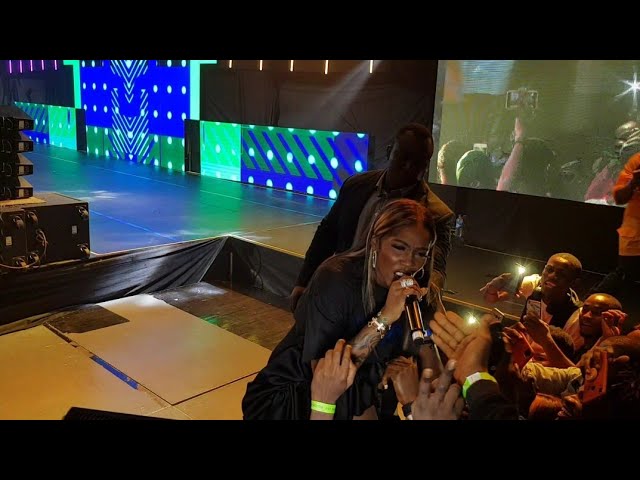 Tiwa Savage was at Teni’s Billionaire concert at the Eko Convention Centre in Lagos on Monday, 16th of December, 2019 to show support for Teni.

The “All Over” singer didn’t only attend the concert as a guest but also a performer. She performed some of her hit songs which the crowd found really exciting. However, while she was performing, she took a moment to shock the crowd. She sent warning to Teni, telling her to leave Wizkid alone as he is her man.

This caused an escalation of noise in the hall with the crowd posing an obvious question to one another. “Could she be serious?”

Teni Blasts Netizens For Dictating How She Should Spend Her Money