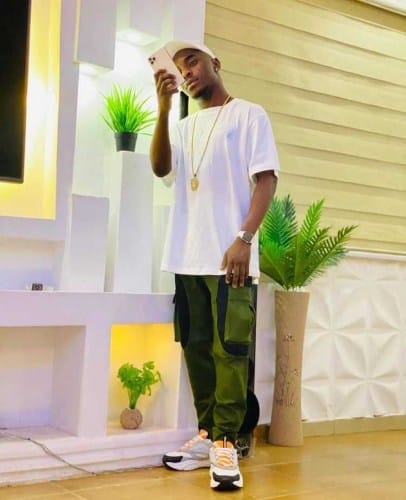 NURTW Chairman, Oluomo’s son has given his 2 cents on polygamy.

King West weighed in on the issue of polygamy that has been trending on all socials for a couple of weeks now.

In a recent post shared, King West advised his fellow men to marry one wife for the sake of peace and to avoid problems in their future.

It is only natural that someone like King West would give such advice, as it is no news that he is a product of a polygamous home.

In his exact words, Guys to avoid problems for your future, please and please, marry just 1 wife. 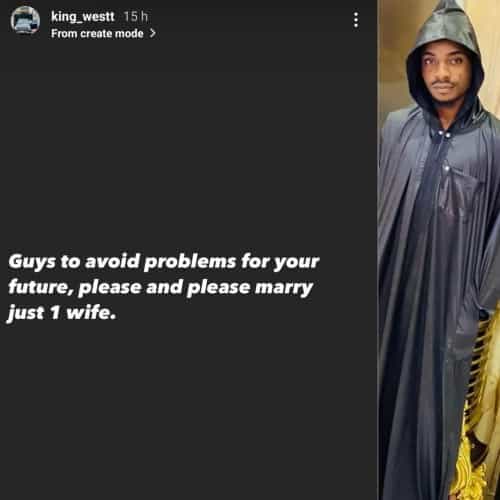 This comes after controversial Nigerian actor, Yul Edochie broke the internet by announcing his son and 2nd wife to the world. His issue has become a long-standing word in the social media court as tons of netizens are still talking about it, while the actor brags endlessly.