"The internet is undefeated" - Toke Makinwa 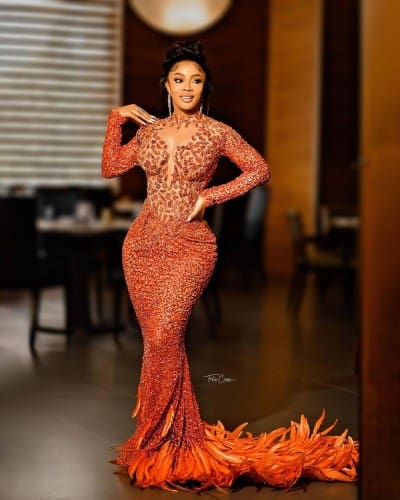 Media sweetheart and AMVCA host, Toke Makinwa is being criticized by Twitter trolls for ignoring her surgery doctor, while giving accolades to the rest of her glam squad for the 8th AMVCA.

The 8th AMVCA saw Toke Makinwa as one of the red carpet hosts, alongside Ebuka and Uti Nwachukwu. Toke shared an appreciation post on IG, notably mentioning everyone in charge of her look for the glamourous event, but failing to mention the doctor in charge of her surgically-enhanced behind.

However, on Twitter, it got mentioned that Toke decided to ignore her doctor, who of course through his efforts made her dress more fitting. 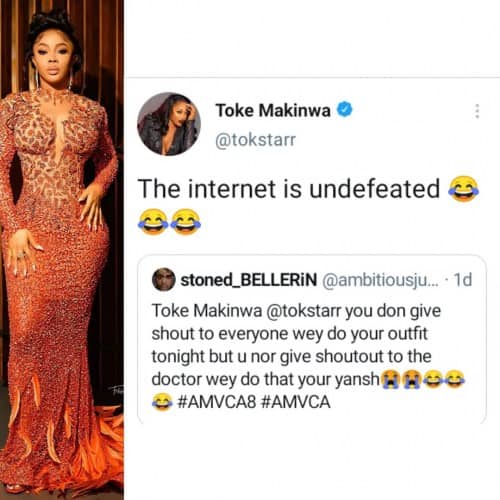 “I Am Tired Of Being So Strong” – Toke Makinwa Laments

“She Did Her Surgery When The Hospital Was On Promo” – Reactions Trail, As Toke Makinwa Puts Her Ass On Display

“My Past Trauma Has Made Me Difficult To Love” – Toke Makinwa

“She Deserves Better” – Toke Makinwa Dragged After Admitting Her P.A Left Her Heartbroken

Toke Makinwa Comes For People Who Record Themselves While Crying