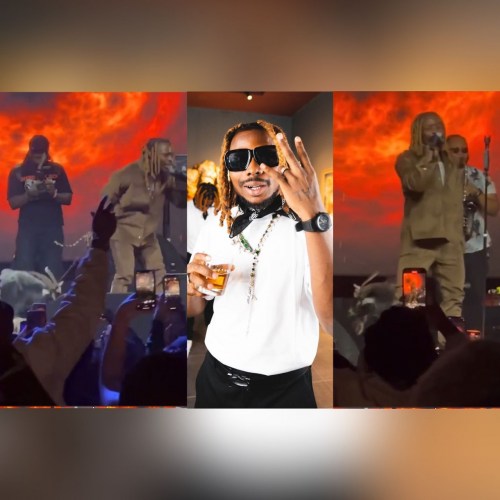 Asake Brings Out A Goat at His Atlanta ‘MMWTV’ Show.

Nigerian singer, Asake has given fans all over the world something to talk about. The Superstar introduced himself to his international fans with a live goat. He brought out the goat (Ewu) at his show in Atlanta and it drove everyone crazy.

As seen in the video, Asake was dragging the goat around as he performed “Trabaye” on Stage. Asake’s move is obviously sending a message to the 4 goats of Afrobeats; Davido, Olamide, Wizkid, and Burna Boy that he has officially joined their clique.