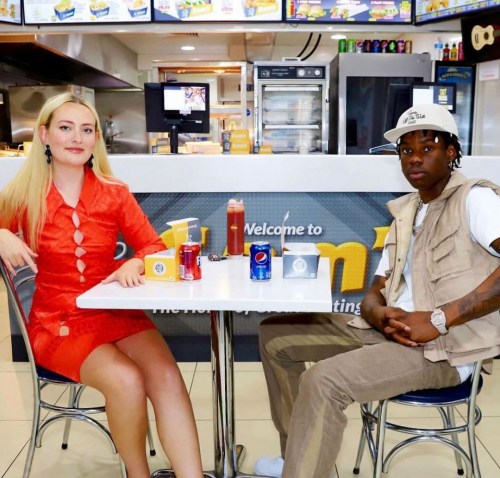 So Rema Dey Nack?? Afrorave singer, Rema has confirmed the rumors that he gets his inspiration from sex.

The singer made the revelation after a British interviewer, Amelia asked him the meaning of ‘Pon Pon Pon’ which is a Lyric from his hit song, ‘Dumebi‘. And also when she asked him the inspiration behind ‘Soundgasm‘.

According to Rema, he was referring to sex with the Lyrics ‘Pon Pon Pon’ and he got the inspiration of Soundgasm when he was having sex. He Clarified that it was the sounds the girl made that inspired him.

Things took another turn when Amelia asked Rema if he would like to have sex; Do you wonna ‘Pom Pom Pom’. Rema told her he is not interested in giving her a ‘Soundgasm’.

Fireboy Reveals How He Get People's Girlfriends | See!