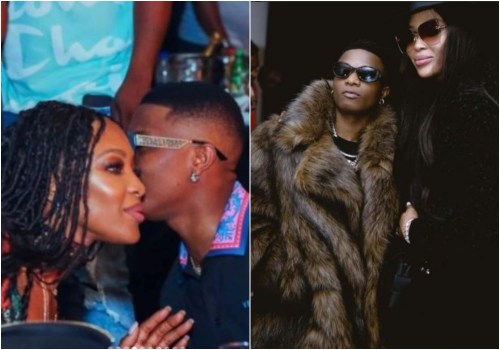 He is not called the G.O.A.T for nothing.

An old video of British super and businesswoman, Naomi Campbell speaking highly of Nigerian music star, Wizkid has resurfaced on the gram.

While speaking with Ayodeji Balogun, widely known as Wizkid in an interview, she acknowledged his generosity.

According to her, the “Bad To Me” crooner does not go out a lot, but whenever he does, he does with wads of cash, which he gives out to people on the streets.

Wizkid cuts in to share that he does love his fans and that if he was not an artist, he would have been on the streets as well.

Furthermore, he revealed that she does not come from a wealthy home.

Wizkid Confirms His Marriage With Jada P In An Interview | Watch!