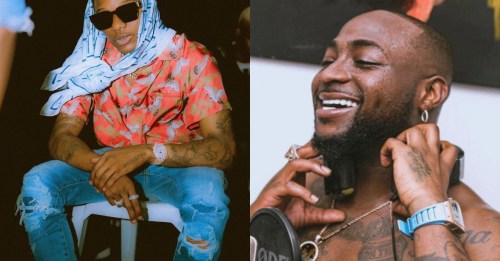 For a while now, the streets have been buzzing about one of the year’s most anticipated albums.

It’s Wizkid‘s forthcoming body of work, dubbed, “More Love; Less  Ego”, which will premier on the 5th of November, 2022.

In a fresh video, the Afrobeat star gives out more information about the album. In his remark, he noted that the album holds a guest feature from someone whom most seem to think “could never work together”.

He stated that a lot assume that they are not friends, but that certain someone has a joint with him on the album, “More Love; Less  Ego”.

Music lovers have opined that Wizkid just gave a hint that he has collaborated with his counterpart, Davido. Davido.

What are your thoughts???

When Gbas is given, Gbos is expected... Wizkid is finally responding to some of the things his colleagues said since...

This Vawulenece ain't ending anytime soon..... Wizkid is trending and the Rap Industry is trending alongside him. For 48 hours,...