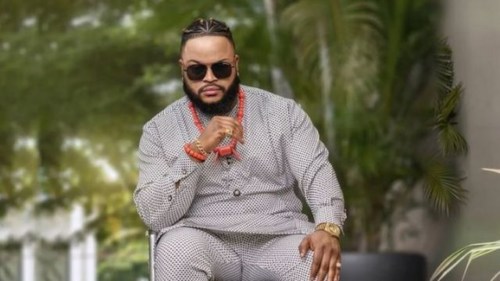 A video of indigenous singer, Zlatan Ibile and Whitemoney linking up has made its rounds on social media.

White money emerged as the winner of the Big Brother Naija season 6 last week and the world literally cannot wait to receive him. In the said video Zlatan was seen hugging White a gazillion times, and it did appear as though he was more excited to meet White and not otherwise.

You will recall that last week, Whitemoney and Slimcase gave a hilarious performance after meeting for the first time. The duo chased each other from wall to wall, while hailing themselves in the process.

White obviously could not believe who he had just met and did not know how to act. Slimcase, on the other hand, made it quite easy for White, as he also got into character, and ended up giving us a show.

White made it known while in the house that he was going to face his music career once he was out. This has left fans wondering if they should expect a collaboration real soon.

Ariana Grande to Give Away Up to #2.850 Billion in Free Therapy

“I Was Saving Up To Get Him Flowers, Wine And A Card” – Queen Opens Up On Strained Friendship With Whitemoney