Wizkid In The Mud As Tems And Ayra Starr Link Up In U.S.A 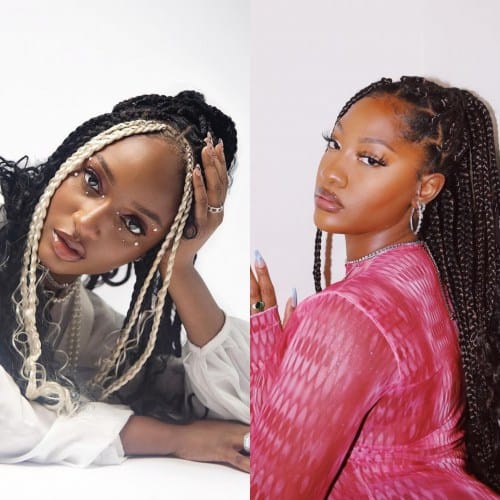 Mavin Princess, Ayra Starr and Tems have put haters and internet judges to shame after the duo were caught hanging out.

This New School hangout happened in Los Angeles, U.S. after Tems Allegedly invited Ayra Starr for a Girls Hangout. Tems shared pictures and videos of Ayra Starr and her friends having fun at the poolside.

Although, the duo refused to posting each other on their Instagram account, it has been confirmed that they actually linked up.

This news is coming months after endless comparisons between Tems and Ayra Starr fanbases. It got serious after Wizkid announced that he has a collab with Ayra Starr on the way.

Tems is done listening to opinions and suggestions about her music. The Damages singer took to Twitter to do some...

Ayra Starr definitely knows how to tension Netizens, but is she over doing it now?? The Mavin artiste is trending...

Tems has silenced a troll who called her an unserious female artist for not putting out an album yet. Fans...