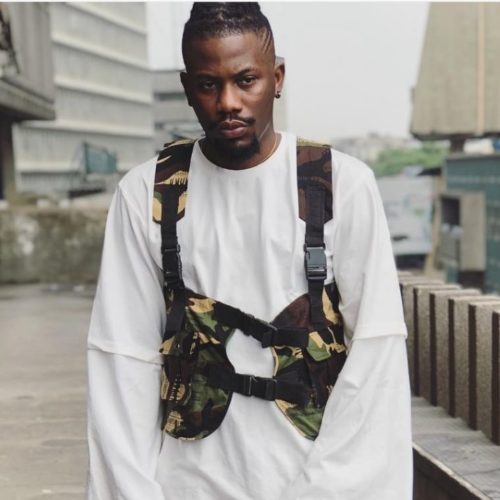 Nigerian rapper, Ycee has been dragged by fans after he sent an intriguing shout out to Big Brother star, Tacha.

Ycee who seems to have a good relationship with the reality TV star took to Twitter to hail her and called her one of the stubborn ones. Shoutout @Symply_Tacha One of the stubborn ones. His Tweet, however, did not go well with some fans as they called him out for hailing such an ill-mannered person. A fan told the rapper that he is encouraging Tacha to become more arrogant and insulting.

Another Twitter user suggested that  Ycee is only defending Tacha because he wants to sleep with her. The user added that if Ycee truly loves her character, he should marry her as she is getting old. The “Dakun” singer in response to both fans told them to shut up and revealed that he is genuinely intrigued that people would actually get worked up over his shout out.

Omo just one tweet got you guys this worked up? ?
I’m genuinely intrigued https://t.co/7fUg5NMdNJ

Mr P Boasts About Being The “Complete Package” For Single Ladies

Mr P Boasts About Being The "Complete Package" For Single Ladies