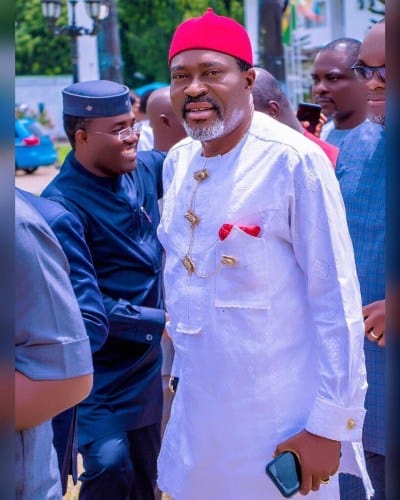 Veteran actor, Kanayo O. Kanayo has slammed a lady over her comment following the death of Nollywood actor, Leo Mezie.

Leo Mezie’s Death came as a shock to everyone, as yet again, Nollywood mourns. He reportedly lost the battle to kidney disease on Saturday, 14th May 2022.

The deceased was reported to be sick years ago and went for a kidney transplant last week where he was recovering but sadly developed complications which later led to his demise.

A lot of people have been sympathizing with his colleagues and family online. However, instead of sympathizing and paying her condolences, a lady thought to criticize celebrities over his death instead.

The lady identified as @Eteyi_Deboroah said celebrities are crying more than the bereaved now. Meanwhile, Leo Mezie had been soliciting funds, but no one came to his aid.

Responding to her insensitive comment, Kanayo O. Kanayo regarded her as an idiot for such a statement.