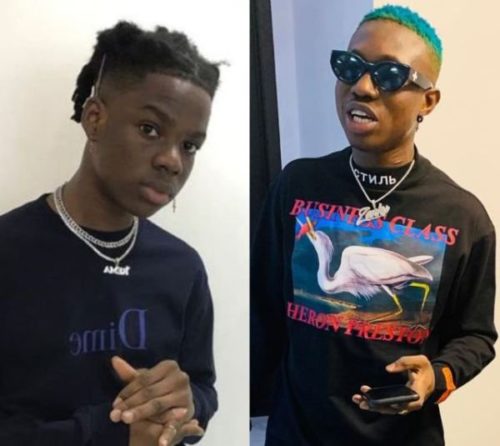 It was all love at the African Music Magazine Awards (AFRIMMA) in Dallas, United States between Rema and Zlatan as they linked up for photos after the award ceremony.

Music followers before the AFRIMMA ceremony assumed there is an on-going beef between the two stars after Rema won the award for NEXT RATED Category at the HEADIES award ceremony about two weekends ago. However, with the show of love between the two stars in North America last weekend, it is safe to say the notions of music fans were absolutely wrong.

[Instrumental] Peruzzi – “Only One”

[Instrumental] Peruzzi – "Only One"