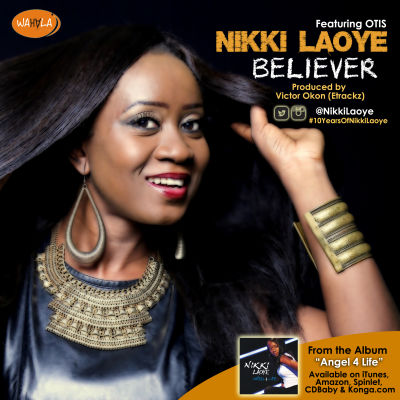 Soul Singer, Nikki Laoye has just released her classic single, “Believer” as a throwback treat for her fans and music lovers across the world as she officially announces plans to celebrate her 10th year landmark in the music industry.
The Dancehall laced tune, “Believer” was one of the defining singles which introduced Nikki Laoye into the Nigerian Music Industry in 2006, alongside the successful debut, “Never Felt This Way Before” – both from her first studio album, Angel 4 Life.
The song features Port Harcourt based singer, OTIS and was produced by renowned producer, Victor Okon (ETrackz).