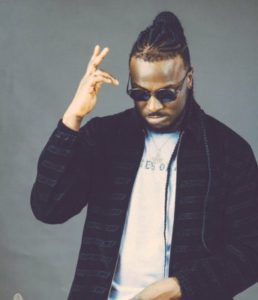 DMW’s rave of the moment, Peruzzi, has made an announcement that will so much delight his ‘thirsty and hungry’ fans who have been waiting for a song from him.

Peruzzi has decided not to just just bless his fans with a song, but to bless them with a whole body of work.

You would recall we brought you news of when the talented singer took to his Instagram page to announce that he will be dropping an E.P he titles; “HeartWork.”

The news has now been all but further confirmed as he moments ago released the track list for the E.P as well as the release date and also thank everyone who has contributed to the project.

This is an exciting time for the vibes machine, who has done well in the year, featuring on numerous songs, most notably 2018’s powerful hit song “Amaka” where he was featured by legendary 2baba.

Many are of the opinion that Peruzzi is a talented singer and song writer, and we hope he expresses that in his incoming E.P.

HAPPY BIRTHDAY TOBECHUHWU!!!! GOD BLESS ME!!!! THIS RIGHT HERE IS ALL I AM, EVERYTHING TO ME AND I HOPE I HEAL YOU OFF EVERY PAIN YOU HAVE WITH THIS. “HEARTWORK” THE E.P OUT SOON! TELL THEM IM READY!!!!! ???????? ?? Cover By @creermagnus Creative Direction: @blacktycoone @bathingmontel

Nifemi is a graduate of the University of Lagos. He's a unique user of the pen when it comes to the expression of whatever. He is editor-in-chief of the organization and also a writer of news, articles, editorials and a lot more to help expand the level of knowledge of the readers and simultaneously have them entertained. A lover of music and football is who he is and a Man Utd die-hard.
Submit your comment
2 total pingbacks on this post
Click here