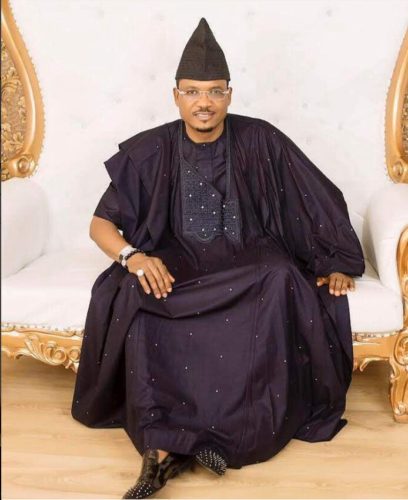 This arrest has come as a result of claims of traffic offence by the Nigerian Police. According to reports, Shina Peller went to Maroko police station to bail some of his customers who attended their yearly 36-hour non stop show after they were arrested by police for allegedly obstructing the flow of traffic after parking their cars at a wrong spot. And instead of being interrogated about the situation, he was immediately arrested and detained.

According to Shina Peller’s Press secretary; Mr Kola Popoola, Shina had already informed the Lagos State traffic authorities before the show was held as he knew definitely that the flow of traffic would be obstructed which should have abstained him from any arrest or detention whatsoever. He has revealed the police officers seized his phones so he wouldn’t be able to communicate with anyone from outside.

He has revealed the continuous harassment and unjust detention of a member of House of Representatives, Hon. Peller, by the police calls for urgent attention of the media, and the commissioner of Police.

Breaking! Police unjustly holds Hon. Shina Peller hostage for no reason The Nigeria Police Force has unjustly held hostage a member of the House of Representatives representing Iseyin/Itesiwaju/Kajola/Iwajowa federal constituency, Hon. Shina Peller at Maroko Police station, Lagos State. This was contained in a statement released by Honourable Peller’s Press Secretary, Mr. Kola Popoola, where he called on the Nigeria police to immediately release the revered Hon. Peller. Hon. Shina Peller was at Maroko police station to bail some of Club Quilox’s customers who had allegedly parked on the road during a show at the Club. Prior to the kickoff of the 36hours non-stop show which usually holds every year at Quilox, Hon. Peller had informed the concerned Lagos traffic authorities to avoid unnecessary traffic gridlock. On getting to Maroko police station, the police started harassing Hon. Peller and even went as far as seizing all his phones for no reason. The continuous harassment and unjust detain of a member of House of Representatives, Hon. Peller, by the police calls for urgent attention of the media, and the commissioner of Police.