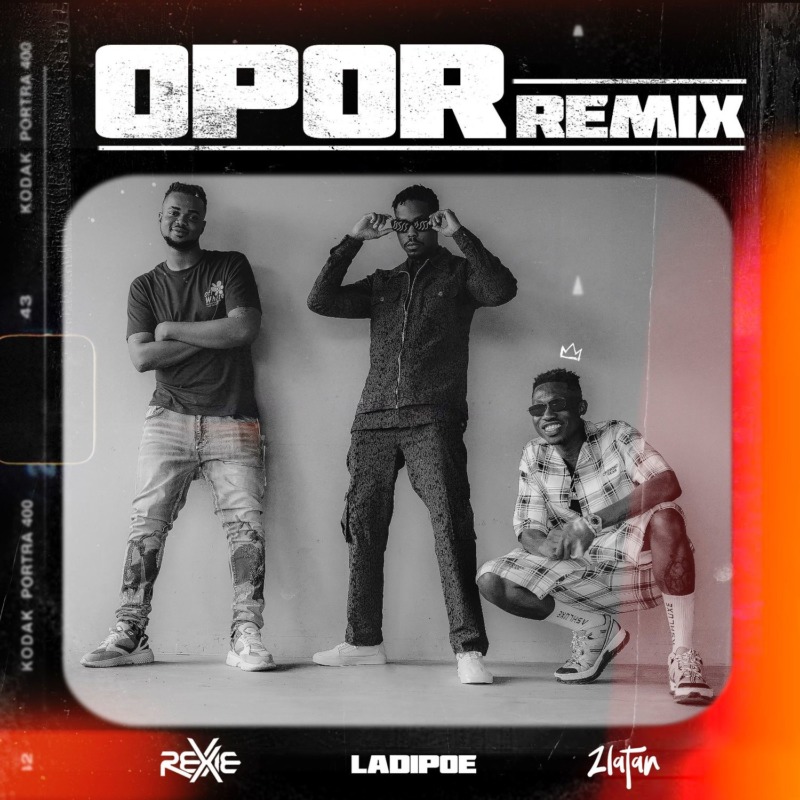 Listen to Rexxie, Zlatan and Ladipoe on “O Por Remix”… After Mavin rapper Poe jumped on the track O’por by Rexxie originally voiced by Zlatan and dropped a fast dope verse, the award winning producer teamed up with him to serve us “O Por Remix” cos you just can’t overlook that Poe Rap touches.

RexxiePonDaBeat as ZlatanIbile bless the sound with his street rhymes, catchy Lyrics, backups, Lambas, and as usual impressive ad-libs and Ladipoe to the smooth Topnotch finishing. You can’t resist this track because of its cool vibe. The tile which means its plenty sees the iconic duo rapping and vibing. The original track is off Rexxie’s debut project ‘Afro Streets The EP‘. Opor!!! (It Plenty).

This Remix is more banging with additional dope Rap verses, it will certainly burst more speakers, rock the streets, make you Gbese and Gbe-body while you enjoy the weekend. ENJOY!