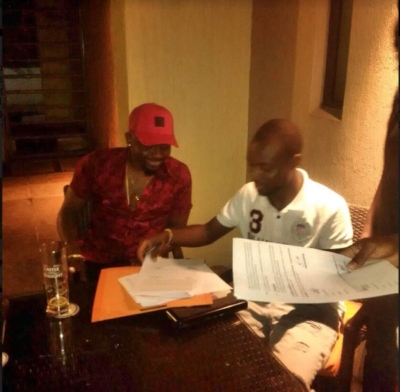 According to THeNet.ng, the company, Gazi Entertainment signed the deal with Tizzle’s record label, Tizzle Nation. The deal entails Gazi Entertainment, financing Sean Tizzle’s project for the next couple of years, which will include his soon to be released sophomore album.

Sean Tizzle, is at the moment in the United States and has come up with a title for his album which is ‘Moving Forward.’