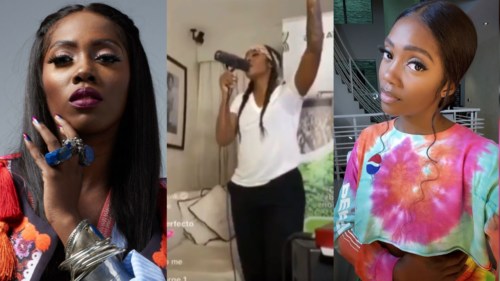 In a video shared on her social media page, Sonia did not hesitate to judge Tiwa Savage, while strongly condemning her carelessness. The actress added that Tiwa had had no reason to have cameras in the room while having an intimate moment with her partner.

She also pointed out that the ace singer had no right to say that she would not apologize for doing something so ‘natural’. The actress did not fail to add that Tiwa Savage has an intelligent son, who should not grow up to seeing her messiness.

You will recall that Tiwa came forward with her truth this morning, revealing that she was being blackmailed over her sex tape by an unknown person, who plans to extort her. However, it does not seem as though Tiwa plans to budge, as she strongly stated that she would not give in to blackmail.

Nonetheless, she apologized to her fans for putting them through such a hard time