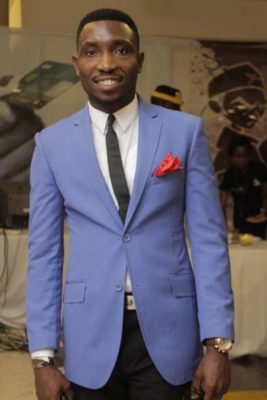 Award-winning singer, Timi Dakolo has responded to the sudden outburst of a lady called Michelle Dakolo.

The singer was called out by Michelle Dakolo who was said to be his sister. Michelle took to Instagram to call him out for blocking her after she asked for money to start up a business. According to her, any man that still takes care of his family after getting married should be hailed as he married a good wife and that her brother, Timi has shown that he married a bad wife.

However, Timi has thrashed the notion that the lady in question is his sister. Taking to his Instagram page, the “Iyawo Mi” singer revealed that Michelle is not his sister but his cousin. According to him, the only sister that he has is doing fine on Lagos and that the brother she is referring to is not him.

He wrote: “make un leave “me” alone o. I only have one sister and she is doing fine in this Lagos and her name is not Michelle. Michelle Dakolo is my cousin. I am very sure she is talking about her brother, not me.”

Anything to soil the name of this Upcoming artiste ?????.

Olaosebikan Olabimpe is a News Writer and Content Creator at Tooxclusive. Her idea of a great day is to be indoors snuggled up with a book and good music. She is also a passionate lover of rap.
Website
Submit your comment
4 total pingbacks on this post
Learn More