Previous: “Olamide Was The Only Nigerian Artiste That Paid My Hospital Bills” – Majek Fashek 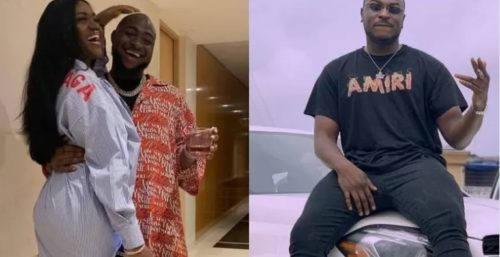 Nigerian Twitter has reacted to the alleged Davido, Peruzzi, and Chioma cheating drama and the reactions gotten so far would shock you.

The news broke the internet and there have been many speculations that Chioma was indeed Peruzzi’s former side chick and not his cousin as he claimed. This also birthed the rumors that Ifeanyi might not be Davido’s son and fans are concerned that this would affect Davido and Chioma’s forthcoming nuptials.

In a poll created by controversial investigative journalist, Kemi Olunloyo she asked Twitter users on who Chioma should get married to and so far the reactions have been epic.

See the results below:

VOTE NOW!
Should Chioma marry Davido or Peruzzi? She has dated both of them and lied to one that she was cousin to the other. #Kemitalksmusic

Olaosebikan Olabimpe is a News Writer and Content Creator at Tooxclusive. Her idea of a great day is to be indoors snuggled up with a book and good music. She is also a passionate lover of rap.
Website
Submit your comment
3 total comments on this postSubmit yours
Recent Comments
Popular Posts