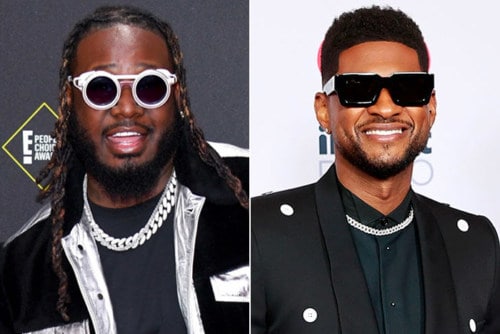 T-Pain says Usher lied about contacting him after making him fall into depression by calling his music “Fucked up”.

T-Pain has given an update of his controversy with Usher and things are not as they seem. A couple of months ago, a clip from Netflix’s This is Pop circulated. T-Pain is shown recounting a story about a conversation he had with Usher while on a flight.

According to the autotune model, Usher told him that he “fucked up music” back in 2013 and it was a comment that struck a nerve and eventually raced him into depression. 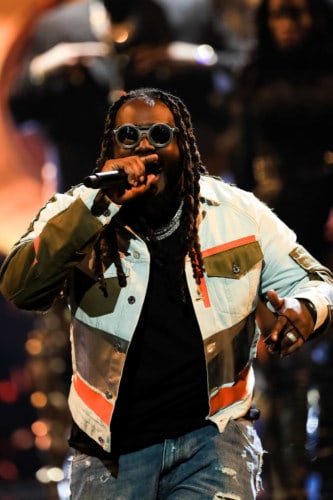 Following the clip, Usher acknowledged T-Pain’s remarks and said it was “intended to uplift,” however, “if people get pieces of it, they can always have some other interpretation.” Usher remarked that he had spoken with T-Pain and that they were “good.”

On the contrary, in a recent interview with Angie Martinez, T-Pain claimed that he hasn’t had a conversation with the singer.

So I hit Usher after the interview came out, and I was like, ‘Yo, I’m sure you saw what’s going on,’ and then all he texted me back was ‘Let’s not text, let’s talk.’ And I was like, ‘Cool, hit me up.’

Nonetheless, T-Pain said that he never heard from Usher, but later read the interview with the Confessions star saying they had already had a conversation.

T-Pains Quizzes Over “Deliberate Ignorance” Of People Debating His Finances

A lot of people have been telling T-pain how to spend his money and the rapper is not having it....

Usher Confirms That He And T-Pain Are On Good Terms