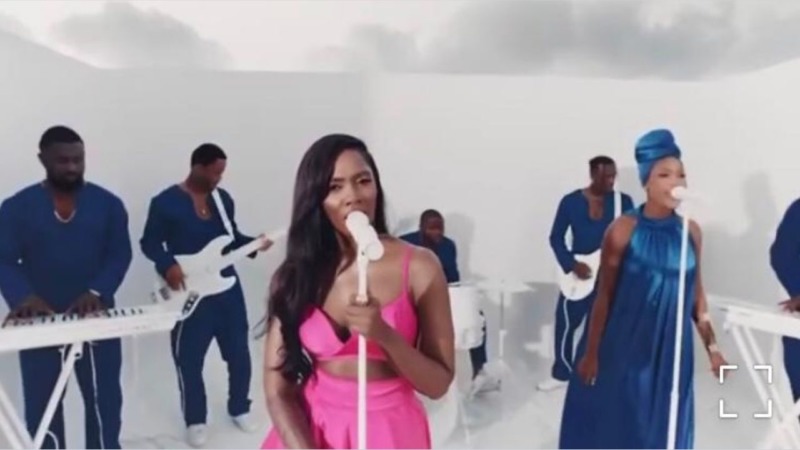 Sensational singer, Tiwa Savage has made her debut on American Tv with her performance on Jimmy Fallon’s show.

During the show that was conducted virtually, she performed her single “Dangerous Love.’  which is the first single off her forthcoming album “Celia”, Tiwa is set to release her third album, on the 28th of August,2020 and it features the likes of Sam Smith, Davido, Stefflon Don, Dice Ailes, and others. She is the third Nigerian to perform on the show in as Burna Boy performed on the show in 2019 and Davido was also on the show earlier this year.

“Tiwa Savage Makes Her Debut On American TV With Performance On Jimmy Fallon’s Show || Watch!”, 5 out of 5 based on 1 ratings.