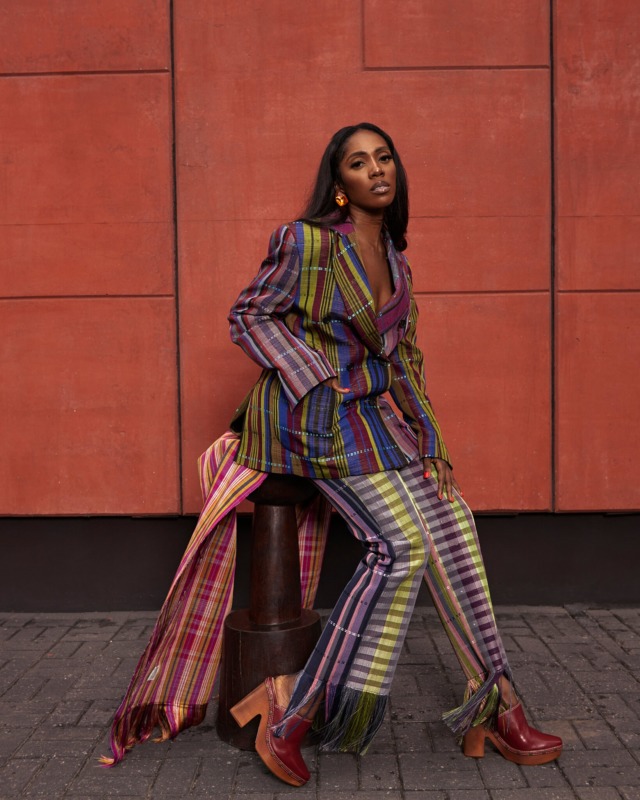 African Badgirl, Tiwa Savage has revealed she will be hiring the woman who fought a Bear for her Dogs as her new security personnel.

Netizens have reacted to this with many commenting about their love for dogs, but none was about risking their lives to save them like the woman did.

Reacting to the video, Tiwa Savage took to her IG Story to make her intentions known about her hiring the woman as a security detail. In her post, Tiwa implied that the woman’s bravery is what attracted her to the post and not Mystikal trending because of her “bear themed” song. 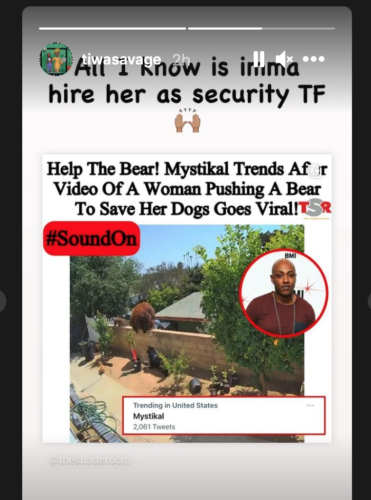 “Please, Don’t Judge Nigerians’ Intelligence Based On The Speech of Their Leaders” – Praiz

Yemi Alade has always been one to clap back at critics, trolls, unpaid advisers and she won't back down now...

"Please, Don’t Judge Nigerians' Intelligence Based On The Speech of Their Leaders” - Praiz