Tiwa Savage Reveals How She Bought 56 Dinosaur Toys For Her Son, Jamil In One Day

Previous: American Rapper, Tekashi 6ix9ine Finally Reveals Why He Snitched On His Former Gang Members
By Olabimpe O | May 9, 2020 | 16:08 - Leave A Comment 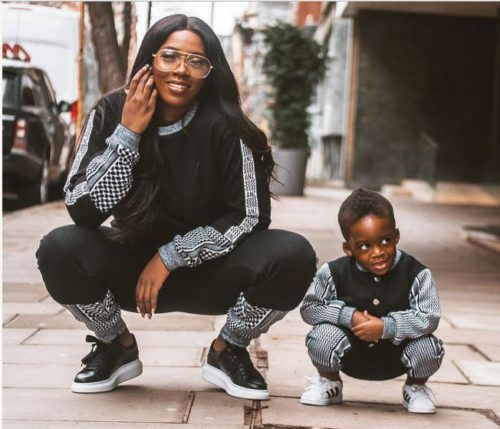 Nigerian sensational singer, Tiwa Savage has revealed how she went the extra mile to get gifts for her son, Jamil to compensate for her absence.

The “49-99” singer made this known during a recent chat with American singer, Tamar Braxton where she got to talk about life as a single mum with a successful career. According to her, because of her insane schedule and tours, she missed out on a lot of new habits her son had developed.

She added that she had to compensate him for her absence by getting him everything he asked for. She then went to narrate how she had to buy 56 dinosaurs in one day because he said he liked them. “I have to be very honest with you. First, I used to buy him gifts when I travel so when I’m coming back I will buy him everything. One time, he said he likes dinosaurs and I bought him 56 dinosaurs. I mean like a whole suitcase full of dinosaurs,”