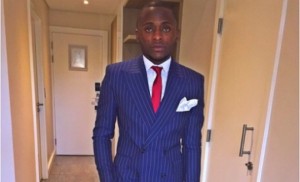 TripleMG boss and entrepreneur; Ubi Franklin is expecting another child from a woman in the United Sates.

Ubi Franklin who was reported some months back to have impregnated one of his staff members who is currently carrying his third child has now been reported yet again to be having the fourth woman carry his fourth child.

The young woman who has been identified as Sandra Iheuwa has revealed that she currently has plans to go back to the United States to go an have the child as she has been leaving in Ubi’s house since the past months.

She also claims that her pregnancy revealed initially that she was carrying twins until she lost one of the unborn babies in March.

Ubi hasn’t confirmed the authenticity of this news yet like he did with the third woman who recently put to bed his third child. But we will continue to keep you updated as more news unfold.