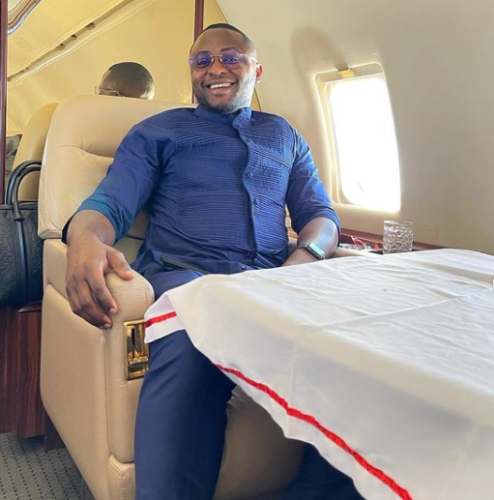 The music executive took to Instagram to recall how he and his friends escaped death’s cold hands in 2014. According to Ubi, the squad went out to celebrate the brand new Toyota Venza he had just acquired. On their way to a joint,  a car ran into them at Oriental Hotel, but thankfully no lives were lost.

He disclosed that it was a bitter-sweet experience for many reasons. According to him the brand new Toyota Venza, he bought for #11 million was thrashed behind recognition. Ubi confessed that he borrowed the money he used to buy the sleek ride from close friends and family.

Udi added that God actually replenished everything they lost that dreadful day, but he is yet to forget the pain he felt when he sold a car he bought for 11 million as scarp for #800,000 in less than 48 hours.