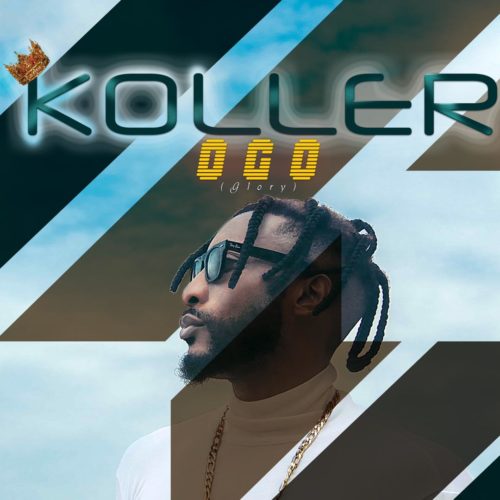 Koller makes a return with his latest single ‘Ogo’ produced by the award-winning Phantom Beatz. Femi Samuel Adedipe known professionally as ‘Koller’ is a Nigerian Afro-Pop/Highlife recording artist. The multi-talented act made its debut in 2019 when released the smash hit single titled ‘Amin’ which was produced by the award-winning ‘Phantom Beatz’.

‘Femi-Prince’ as he is also called, signed a deal in 2019 to become a brand ambassador for the popular beer brand, Trophy Lager and went on to headline several major shows. Over the last two years, with 2020 being the year of pandemic, Koller has honed his skills, recorded a lot more songs and he’s fully prepared to take his career to the next level.
This is pretty much evident with this smart, brilliant masterpiece he’s just dropped. The song ‘Ogo’ has a solid sound engineering carefully mixed and mastered by Marqai.At first, listen, the song can easily pass for a gospel song, but when you listen carefully you get inspired and then eventually realise its beautifully crafted and composed afrobeat sound. With an easy to learn and sing-along chorus, Koller surely got this one right and the song is very well on its way to being a hit record.
Listen to the song below;
STREAM
https://music.apple.com/ng/album/ogo-single/1579408172
[youtube]https://youtu.be/pmCd5N4hbtg[/youtube]
Share160Tweet100Share40
Previous Post