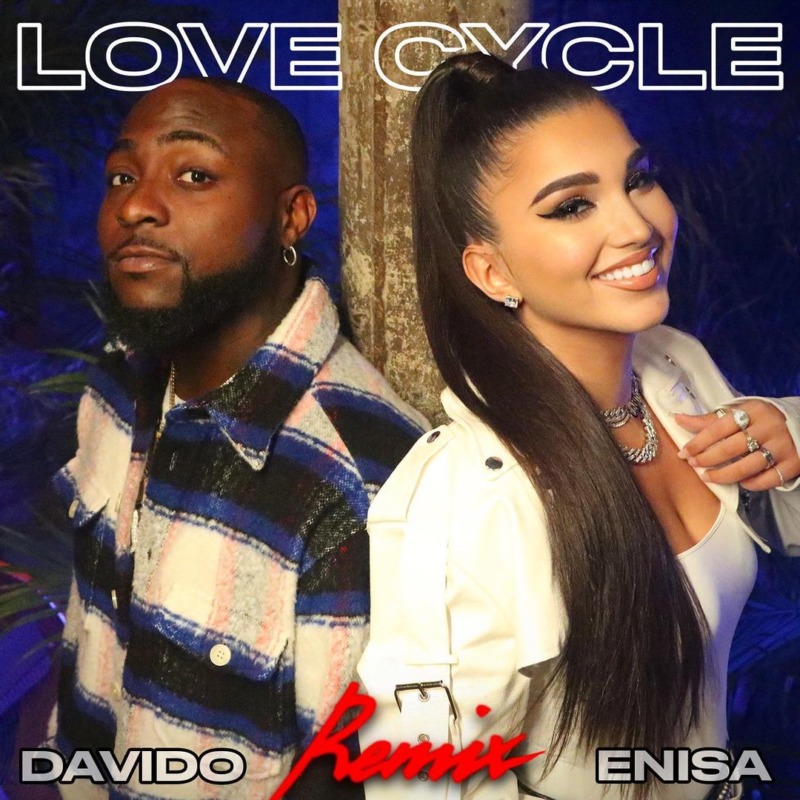 Enisa teamed up with Nigerian Pop star, Davido for the Remix of her hit single – ‘Love Cycle’.

Finally the collaboration Between Enisa and Davido – “Love Cycle Remix” which y’all have been anticipating, Is Out!

ENISA is a talented artiste from Brooklyn, NY. The Brooklyn-based pop singer, model and songwriter became known for performing cover songs to artists such as Adele and Hozier, her cover of Hozier’s song “Take Me To Church” became her first ever to hit 100,000 views on YouTube. She released her debut single “Burn This Bridge” in 2016 and in 2020, she got massive acceptance from Nigerians when she released her single “Dumb Boy” which earned her a massive followers on Twitter. Amidst the buzz of her acceptance, she adopted the Nigerian-given name, Eniola.

Her classic sound is a fusion of pop and soul. To penetrate into Africa she linked up with Award Winning African Pop Star, Davido and they both made Pop Magic.

She lightened up the Internet World with the announcement of Love Cycle Remix with Davido after days of vibing to his Hit song Jowo. On the 25th of March, 2021, The singer premiered the Audio & Music video of this record and shared;

“I’m so happy that this REMIX is finally OUT!! I hope you guys love it! As you can hear Davido killed his part, I love it! This ones for Africa, shoutout to my Nigerians, LOVE YOU“

Listen Below and Also Watch the visuals Directed by AzzieScott… Enjoy!