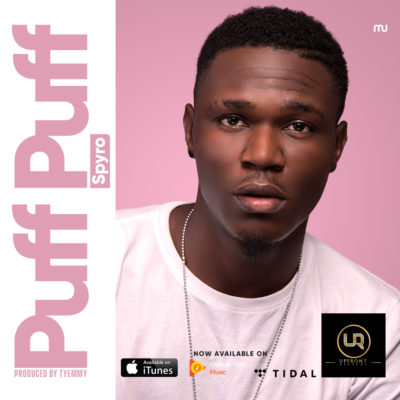 Entertainment powerhouse, Upfront Records is set to solidify it’s mark in the mainstream music scene with the official debut release of “Puff Puff” from its front line act Spyro.

The single is produced by Colonel Tyemmy, mixed by Spyritmix, and visuals directed by MEX films. It is safe to say that Spyro has hit a home run with this one.

Brace yourself, this one is fresh out the pan!