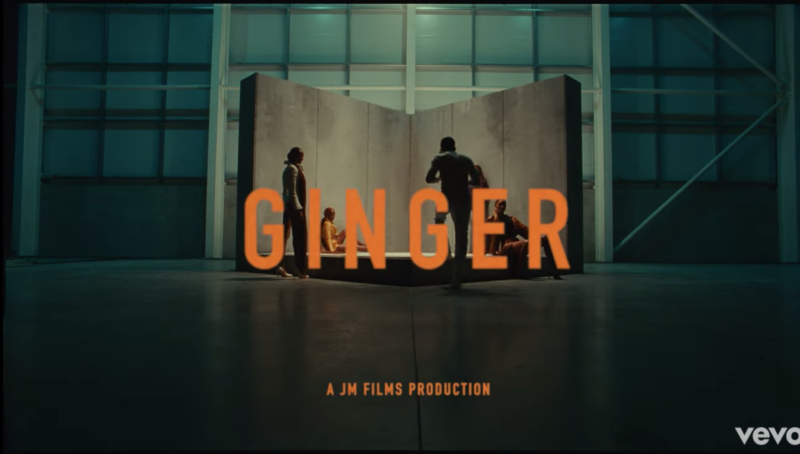 Starboy Entertainment releases the official music video for Wizkid and Burna Boy ‘s joint – ‘Ginger‘. Finally one of the most anticipated music video is out!!!

“Made In Lagos” is Wizkid’s fourth studio album, it consist of 14 tracks which features; Burna Boy, Skepta, Damian Marley, H.E.R, Tay Iwar, Projexx, Ella Mai, Tems and Terri. With major production from P2J. Wizkid welcomed this project with the lead single ‘NO STRESS‘.

With this music project named MADE IN LAGOS, the album isn’t just restricted to Lagos/Nigeria alone, it has a global vision, uniting Kingston (Blessed, featuring Damian Marley), California (Smile with HER), London (Skepta, Ella Mai) and home – Essence, featuring Nigerian R&B singer Tems, is a Lauryn Hill-ish stunner, and fellow African giant Burna Boy duets on Ginger. Wizkid’s sound here is slinkier and more sophisticated than before, with more sexy sax than a Kenny G single all thanks to some pristine production, largely from Nigerian Londoner P2J (and from promising Ghanaian beatsmith Juls on Tru Love). These are superbly crafted songs for under the sheets, wherever you are. STREAM HERE

Today 8th January, 2020, Wizkid serves us with the visuals for the hit track off the album – ‘GINGER‘. This one of the most streamed on the project and has received rave/positive reviews on social media. “If you want make i ginger give me the kokoro, Ma ko je bi Jollof, Anywhere i go, je ki won mo pe mo ma gbo’mo lo, No dey do like bolo… Burna Boy brought in a big vibe, took this masterpiece to another level, a new Realm.

The crisp visuals you about to watch below is Directed by Meji Alabi, Wizkid brought in some classic Zanku moves and symbolized Lagos… Enjoy!!!