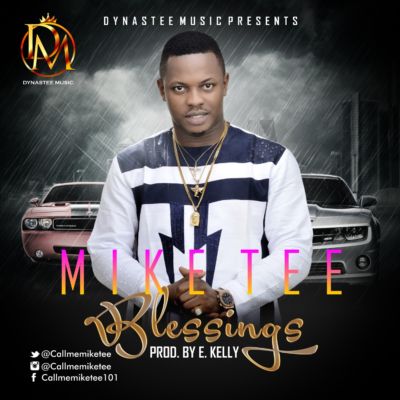 Eteimo Michael aka Mike Tee a Nigerian Afro RnB singer who hails from Sagbama, Bayelsa and grew up in Warri, Delta State and also a graduate of Mathematics and Computer Science Department in Delta State University(DELSU).
Formerly under Treasure Empire Entertainment with a single titled “Friendzone” which has been enjoying massive airplay nationwide, signs a new record deal with Dynastee Music and now has dropped another banging single and a video titled “Blessings” produced by Nigerian Ace producer E-kelly and video directed by Nigerian Ace video Director Tosin Igho shot in Lekki, Lagos, Nigeria.
Mike Tee has promised to drop more hits as he has been recording and collaborating with most of Africa’s A-list artists and nothing but the best and a unique sound and amazing videos will be delivered to the masses. Like he said he won’t disappoint his fans. Music is everything to him so expect nothing but the best out of Dynastee Music with Mike Tee this year, hope y’all ready?
Enjoy!
GET AUDIO HERE
Video below
https://youtu.be/3mWoq8J5hzE
Mike Tee – “Blessings”
Tags: BlessingsMike Tee
Previous Post