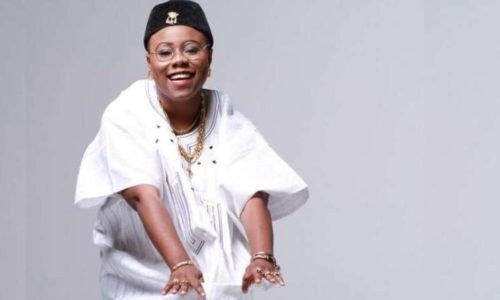 Teni has done the unthinkable while on a music video set that is set for release in the coming weeks as she sleeps off while interpreting her role.

The singer who seems to be taking up a role in the music video to her forthcoming single set for release later in the year sleeps off while playing her role which caused an argument between her and the video director. The director told Teni to sleep as it is part of the roles she will be taking in the video. She did sleep truly, but slept off forgetting she is on set.

If her action was intentional or not is yet unknown, but all we can report is that it is a really hilarious.

When Director tells you to sleep on set, and sleep is really catching you. ?? Cc @paul_gambit

“Watch Moment Teni & Video Director Had Heated Argument After Singer Sleeps Off On Set”, 5 out of 5 based on 1 ratings.