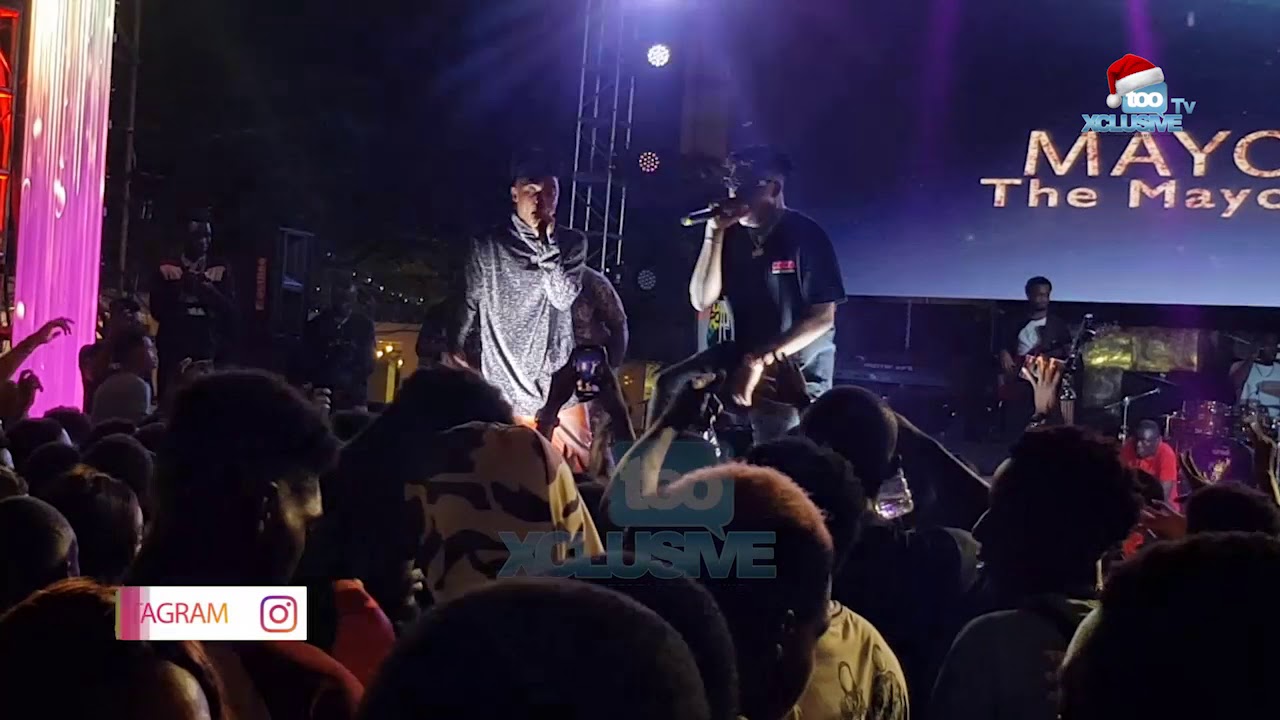 Mr Eazi stormed Mayorkun’s concert at the Muri Okunola Park in Victoria Island over the weekend to show his support as a colleague and personal friend.

The “Leg Over” singer alongside TMOL thrilled the watching crowd with some really good music from his list of hit songs. The crowd felt the performance as they shouted the lyrics of the songs all through the performance.