Whose Album Do You Anticipate The Most… ‘Rema’, ‘Omah Lay’ or ‘Burna Boy’? 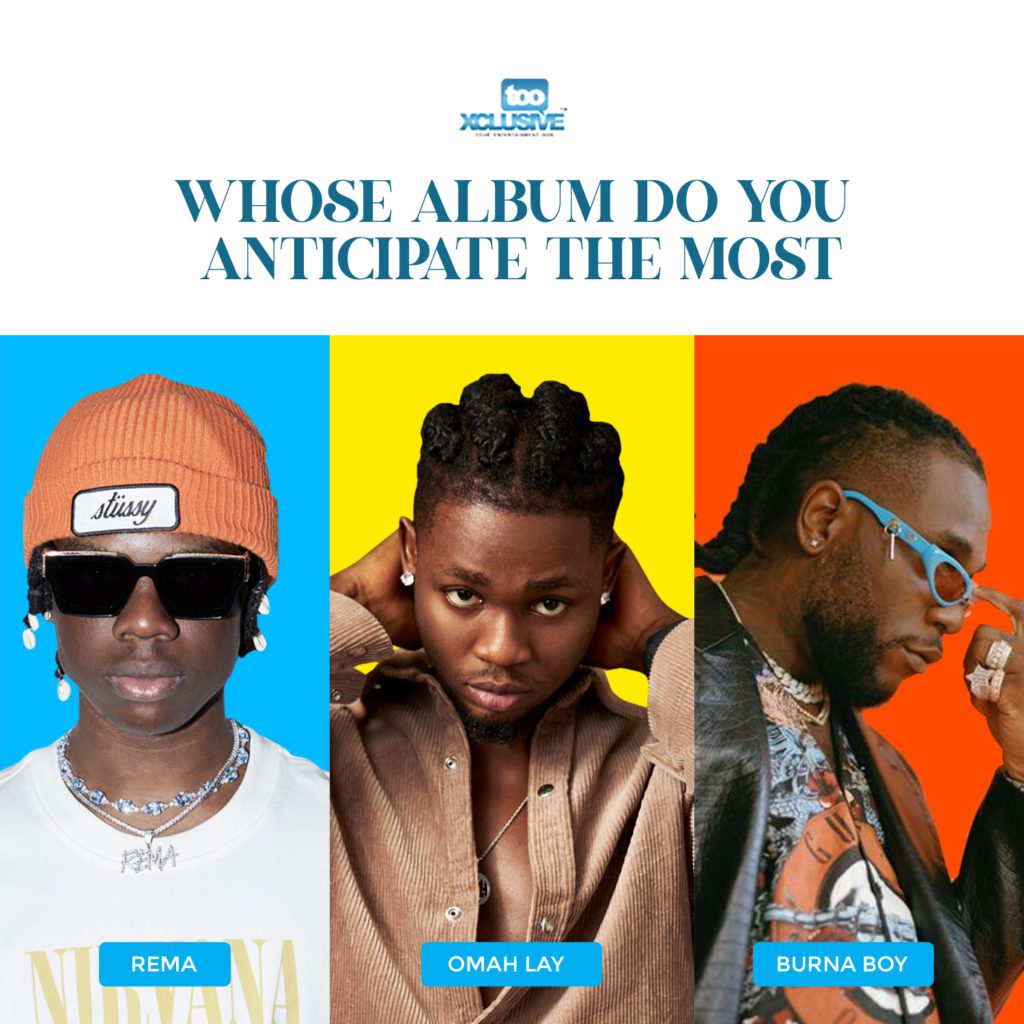 Rema, who has released two singles; ‘Bounce‘ & ‘Soundgasm‘ so far this 2021, revealed that his debut album would change the music industry. And it will also establish his own sound, create the Afro-Rave genre.

Omah Lay on the other hand recently released his first 2021 single, ‘Understand‘. The song which was released to whet fans’ appetite is currently the No. 1 song in the country. The Get Layd crooner capped that music fans are not yet ready for his mega project.

Burna Boy who made Nigerians proud by bringing home the Grammy Plaque, with the huge success of his 2020 album – ‘Twice As Tall‘, at the 63rd Grammys has also been raving about his next album.

In his words; “This next album. I need you to hear the pain in my voice, The pain of an OUTSIDER, Forever marked by my skin, my past, and the place I come from No matter how skilled I am or how honorable I proved myself…. I embraced my pain and turned it into the greatest weapon this world will ever know”

Burna has also released just one single titled ‘Kilometre‘, this 2021.

With the hypes and their banging/ chart topper singles, Whose Album Do You Anticipate The Most… REMA, OMAH LAY or BURNA BOY?