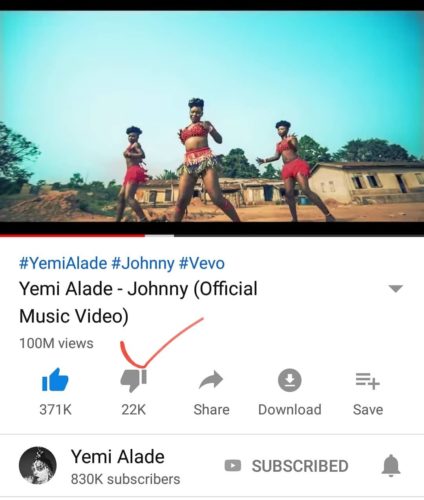 This achievement makes Yemi Alade the first female African artiste and the second African to record over 100 million views on a single music video. The iconic music video also has the Amarelis Atelier designed dance attire displayed in the “Sounds of Africa” section at The Grammy Museum.

The excited singer shared the news to her ever loyal fans on social media. She thanked the fans for always supporting and promised to do more in 2019. Yemi Alade is reportedly working on her fourth studio LP, which is expected to arrive this year.

“Yemi Alade’s Iconic Visual for “Johnny” Clocks 100 Million Views on YouTube”, 5 out of 5 based on 1 ratings.