Eldee Agrees With Oyemykke’s View On Fireboy’s Looks, Says He Won’t Be Getting Endorsements 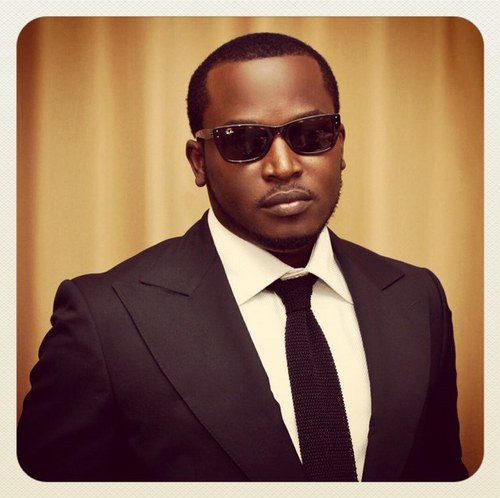 Oyemykke via his Instagram page yesterday urged the “Jealous” singer to work on his facial identity as he doesn’t know what he looks like. He also added that he looks like several other artistes in the industry. Several music fans including Eldee took to the comment section to agree with his assessment.

Eldee taking to his comment section agreed with his opinion on the singer’s appearance. According to him, remaining anonymous was one of the biggest flaws of his career as many could not recognize him. He added that other music acts like Remedies and Plantation boiz had an edge over him as they were more visible. He explained that a lot of potentials are lost when a brand is unrecognizable especially in this era of information.

The singer further explained that such a person would not be a potential partner for endorsements as no one knows what he/she looks like. In his words: “while I understand that some artists prefer anonymity, I recognize this as one of the biggest flaws of my early career. Everybody knew “trybesmen” but you couldn’t recognize us and it definitely hurt the brand. Remedies and plantation boiz had an edge over us because they were way more visible.

I couldn’t agree more with this sentiment because a lot of potential is lost when the brand is unrecognizable, especially in this era of information overload. For one, you are not as valuable to brands as a potential partner for endorsements if nobody knows what you look like. This is great advice” 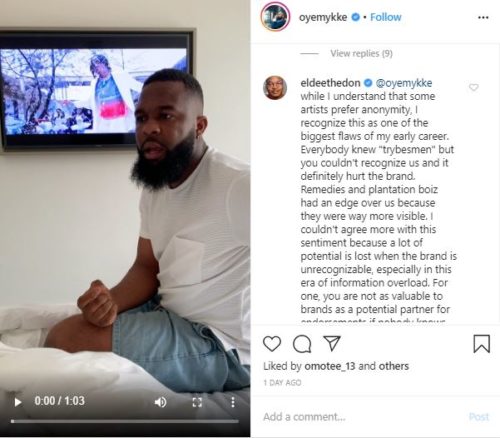 “Eldee Agrees With Oyemykke’s View On Fireboy’s Looks, Says He Won’t Be Getting Endorsements”, 5 out of 5 based on 1 ratings.