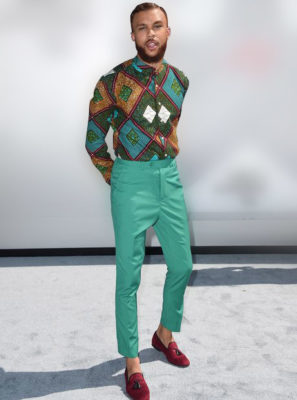 Nigerian born- American singer, Jidenna has made shocking revelations about homosexuality in Africa.

Homosexuality is one sensitive topic that Africans have always shied away from because it is unaccepted due to tradition and culture. However, Jidenna who has been in the news lately for his controversial remark on internet fraud has a few words to say about the topic which he made known in a recent interview.

According to him, every African has been made to believe that homosexuality was brought in by the Europeans that it never existed on the continent. He thinks of the belief as false and made reference to some African countries that practiced homosexuality many years ago.

He said “You hear these African leaders who are dressed in three-piece suits, got an iPhone, speaking in English and not their native tongue are saying, ‘it’s unafrican to be homosexual, it’s unafrican… we don’t have it. That was brought as a European import.’ It’s not true. It’s not true at all,”

You got Uganda, the kingdom of Buganda at the time… Before Uganda, there was an openly gay king. If you go to Zimbabwe… the bushmen as they call them, you’ll see homosexual acts in the Cape paintings.

If you go to different communities in Africa, there were different rights of passage where if a woman was with a woman, or a man was with a man, they were thought to be more powerful. There was never a time where this didn’t exist,”

#Jidenna debunks claims of homosexuality being non-existent in the African culture ?Sway Universe