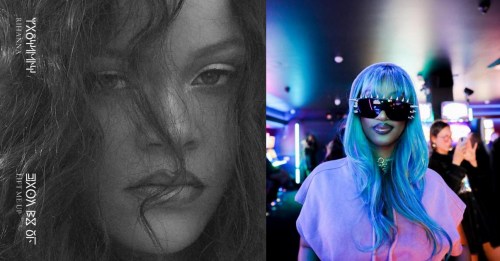 Yesterday, news hit socials that Rihanna’s come back song was co-written by them but many found it hard to believe.

Earlier, the multi-talent herself, Tems acknowledged that she indeed wrote the song for one of the world’s most prominent singers.

That’s not all, Tems further stated that the song, “Life Me Up” was written in honor of Black Panther’s fallen hero, Chadwick Boseman.

It is no longer news that Chadwick lost his dead life on August 28, 2020, after battling cancer unsuccessfully at 43.

Tems new feat has got Twitter buzzing with comments, as many cannot fathom her greatness.