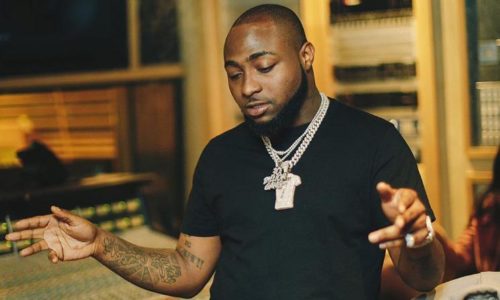 Davido performing two of his songs at The Tonight Show hosted by American TV Host, Jimmy Fallon, and fans were once again wowed by his awesome singing skills.

His manager, Asa Asika had announced a few days ago that he would be performing virtually for American late-night show, The Tonight Show which is hosted by Jimmy Fallon. Davido who went off social media to prepare for the release of his next album “A Better Time” which features Nicki Minaj, Tiwa Savage took to the stage to perform.

He performed two songs off his “A Good Time” album, “D & G” which features Summer Walker and “Fall”. Davido was backed up by his go-to band, Gospel on the Beat’s Alternate sound band.