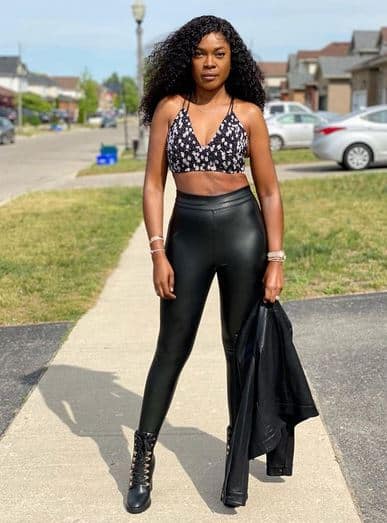 Ace Nollywood actress, Omoni Oboli has sent a stern warning to an anonymous colleague of hers.

The message was shared via the actress’ Insta-story this morning and it sounded rather serious. In the message, the mother of 3 sent a stern warning the way of one of her colleagues, asking them to behave and reminding them that she is not a fan, but a colleague.

She also added that she is a producer/director to the person in question. It is unclear what the issue is, but it seems to be quite a serious one.

It reads, Dear actor, I’m not your fan! I’m your colleague! I’m your producer/director. BEHAVE! 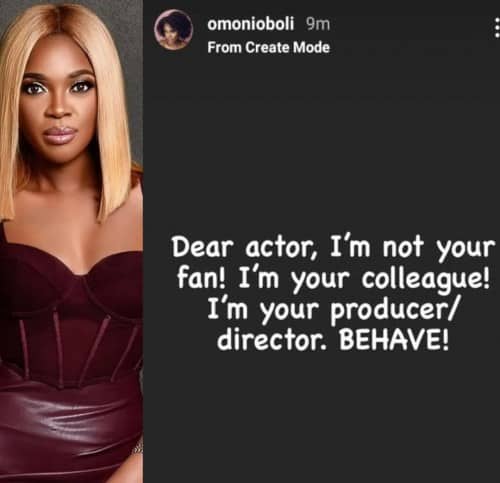 “I Felt Inadequate As A Woman” – Actress; Nse Ikpe Etim Opens Up On How Felt After Realizing She Can’t Have Kids

Omoni Oboli Turns Heads, As She Celebrates Hubby On His Birthday

Nollywood thespian, Omoni Oboli has turned heads with a beautiful message to her husband as he adds another year today....

Nigerian ace Nollywood actress, Omoni Oboli has urged netizens to use their time on the internet wisely. Internet users spend...

Ace Nollywood thespian, Omoni Oboli has dedicated one of her recent Instagram posts to inspire her female fans. The mother-of-3...

"I Felt Inadequate As A Woman" - Actress; Nse Ikpe Etim Opens Up On How Felt After Realizing She Can't Have Kids