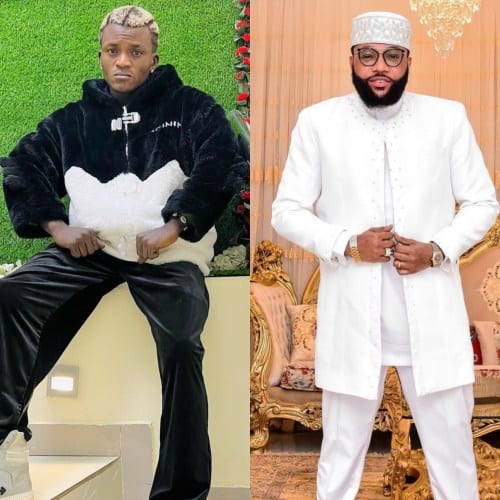 Portable is finally opening up about his trip to the United Kingdom.

The Zazu Crooner took to Instagram to reveal that the youngest Business Tycoon, E-Money never sponsored his trip to the United Kingdom.

According to Portable, He met E-money and his wife at the airport. He disclosed that E-money was there to see his wife off because she was traveling to London.

Portable stated that the pictures and videos were taken when he rushed to greet E-money and thank him for the money he gave him at AY’s Live.

He added that he is clarifying this fact because he is tired of everyone saying E-money sponsored his trip when he (Portable) paid for everything with his hard-earned money.