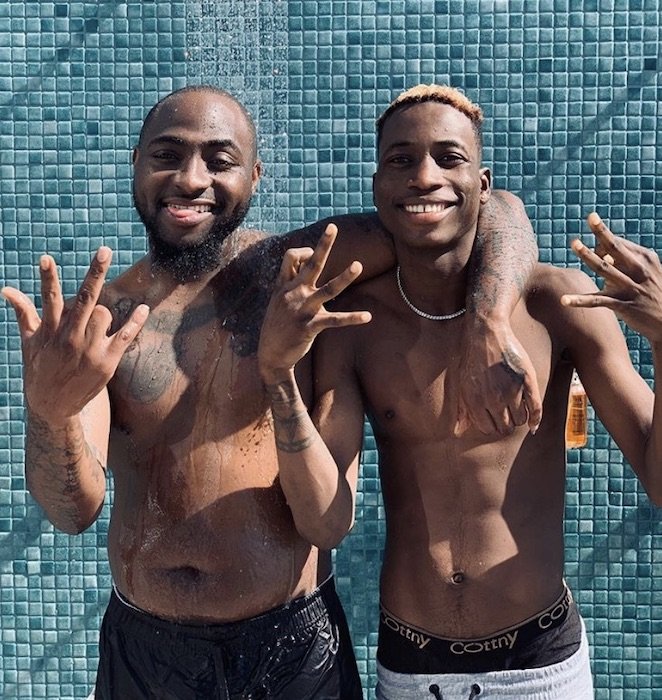 DMW boss, Davido has responded to an appeal from Nrapper, Oladips to forgive his signee Lil Frosh over domestic violence allegations.

It would be recalled that Lil Frosh‘s had his contract of a few weeks with DMW terminated after he was called out for abusing his Girlfriend, Gift Camille. According to the statement released by the label, an internal investigation was carried out and there was no other choice for his contract to be terminated. Understanding that this could be the end of Lil Frosh’s career, fans reached out to Davido to forgive the singer and Oladips is one of them.

In response, Davido wrote that  Lil Frosh is his little brother and would never suffer as long he is alive. He also stated that he is not the one that needs to forgive Lil Frosh but his girlfriend. He wrote; “That’s my little brother for life, as long as I am alive he no go suffer but it’s not me that’s needs to do the forgiving” 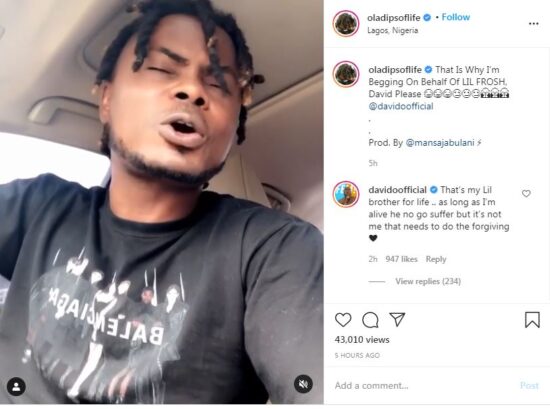